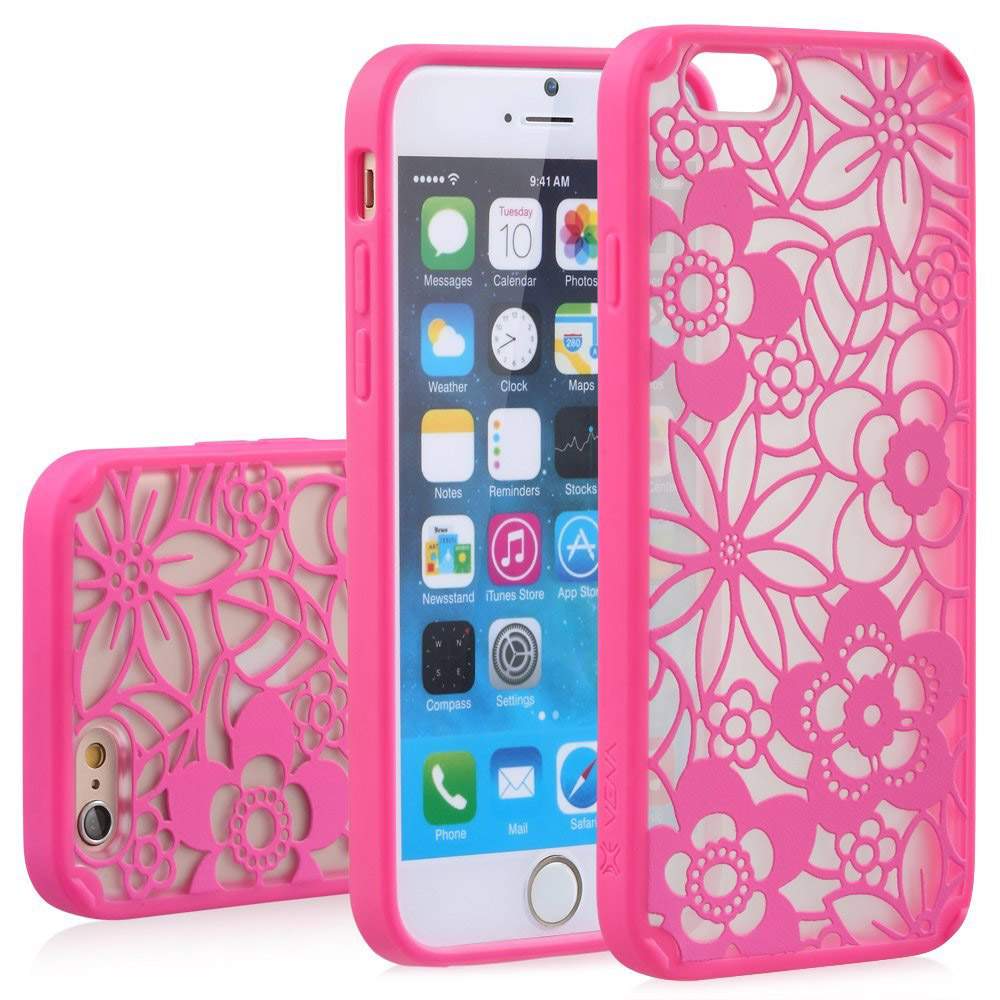 There are plenty of covers that can make sure your phone survives a chainsaw, but it doesn’t stop there. New cases have been unveiled that are almost smarter than the phone itself. So why stop with your Doctor Who design if you could have a case that sees into the stars itself?

If a friend has a sense of humor and pushes you into the pool, you want to avoid a heart attack thanks to the iPhone they’ve accidentally dunked with you. Better yet, rather than buying an expensive camera, wouldn’t it be great to slip on a case and be able to dive to any depths with your iPhone recording all the way? Businesses like LifeProof have unveiled several highly durable and highly waterproof phone cases. Encasing the entire device, they completely seal it away from the elements with resistance to a variety of depths. All you need to do is slip it on and enjoy as it survives a crash to earth or the destruction a drop of water can bring.

This case will not only keep your phone safe, it can get you out of a jam. The IN1 is a slim and tastefully colored design that serves as the Swiss Army Knife of phone cases, with pens, files, scissors, and more all slid into little non-imposing slots along its sides. If you have a hangnail or need a pair of tiny scissors to build a camp when you’re lost in the woods, if your phone can’t help you, its case can.

3.Extra Storage – of the Digital Variety

Devices like iPhones are notorious for having too little memory. In our digital world, how can a person get by with only 16 GB? That’s not enough for all your pictures and videos. SanDisk has offered the solution with a phone case that not only protects your device from a nasty fall, but gives you a bonus of up to 128 GB of storage once you slip it on.

4.A Phone Charger in Your Case

Constantly carrying around your charger cord while you hunt for a plug-in, lugging a heavy remote charger box in your pocket, or just accepting that your phone could drop dead in the middle of a great selfie isn’t fun. SanDisk and i-Blades are two companies that wanted to put the minimal back in the iPhone’s minimal design, and created a case that also serves as a remote charger. Slip your phone into the case and it will not only keep it from death via low battery, but also an accidental drop.

If a nuke drops, your phone isn’t much help – but when it comes to keeping the radiation your phone itself gives off at bay? That’s where SafeSleeve comes in. If you’re the kind of person who likes to slip your phone into your bra when you don’t have the pockets, likes to put the device near your head so your wake-up call isn’t missed, or simply never go anywhere without it in your pocket, the fact of the matter is, trace amounts of radiation is working its way into your body. SafeSleeve blocks this altogether, keeping you from sickness and your phone from cracking upon impact with the ground.

6.A Phone Case That Talks to Your Phone

Smartphone cases keep getting smarter with backup solutions, but this one thinks decoration is just as important. Skrillex cases throw in all the flair and all the functionality you could imagine for a phone case into several unique designs – and this case isn’t just eye-catching for you, it’s also for your phone. Your device itself will recognize when you’ve put on a different Skrillex case and adjust your music, screen saver, and a few fun settings to accommodate the new look. Feel a little more adventurous today? How about spunky? Choose a case, and your phone will too.

7.A Case for Space

Skrillex doesn’t stop with just changing your wallpaper; having partnered with Google, they’ve launched several satellites into space which link up with your phone. With each new case, you’ll be able to swipe past the lock screen to see a live feed of the stars directly above you – in vivid detail. Match that with the music the phone provides, sitting out under the stars or enjoying them indoors can be possible with a lot more flair.